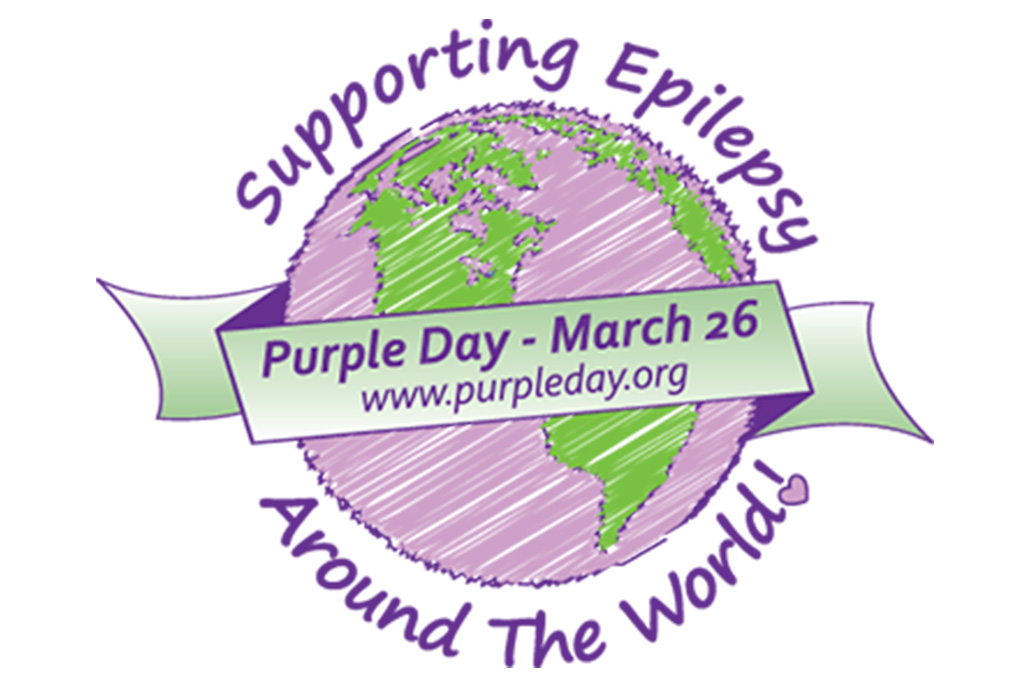 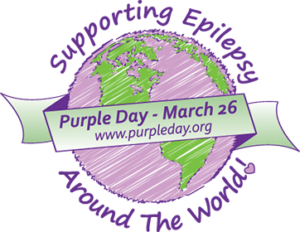 It’s the 26th March which means the international day for epilepsy also known as Purple Day. On this day we all come together to raise awareness of this condition and help make a difference to the lives of people affected by epilepsy. People such as myself.
That’s right I have epilepsy. It’s not something I usually talk about as I think there’s quite alot of fear around the word ‘epilepsy’. It can feel as if people are watching you out of the corner of their eye just waiting for you to fall over! However the only way to help people understand the condition is for epileptics to tell their stories and help remove some of those stigmas associated with the condition. So as it’s Purple Day, I am opening up to you all! Here is my story…

I have been living with my epilepsy for almost twenty years now. Many people have no idea that I’m epileptic due to the fact that I have found a medication that keeps my seizures under control and lead a carefully managed life to prevent my epilepsy interrupting my day to day life.

It’s Just Lauren Being Lauren!
I first was diagnosed with epilepsy when I was wee young thing of 10. Most people, when they here ‘epilepsy’ imagine a person collapsing to the floor in a wild shaking fit. However this is only one variant of epilepsy. I first developed what is called ‘absence eplilepsy’. A typical absence seizure is almost like a deep daydream and most common in children. I would be going about my carefree childhood life and would simply go blank. They’d only last a few seconds but in that time I would be completely unresponsive.

If I was writing I’d maybe just move my pen in circles, or I’d stop speaking mid sentence but then there were other times when I’d stop in my tracks when crossing a road, or grind to a halt in the middle of a ballet class to stare into the distance. I’d then snap back to reality, but it would usually take me a couple of seconds to place where I was or what I was doing, and more often than not came round to someone telling me off for not listening! 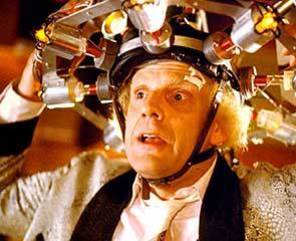 I’m the first person to be diagnosed with epilepsy in my family so at first my parents simply thought it was a 11 year old being away with the fairies, however when they started getting more frequent they decided we should see a doctor. It was then that I was diagnosed with petit-mal epilepsy. I was terrified and I think my parents were quite taken a back too. We went through a few scary bits such as an intense ECG scan involving a lot of wires attached to my head and a treadmill…
But soon I was on medication and I was back to being a normal kid doing normal kid things. 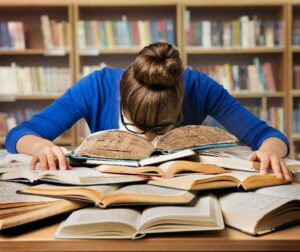 It’s GCSE time! Our teachers had arranged some extra revision sessions for me and my school year, to give us that last push before taking our end of school exams. It was a stressful time for us all and this it was during this time that disaster struck and I had my first big seizure. Now bare in mind that I have never seen myself having a seizure. All I know is I woke up on my friends kitchen floor, in my school uniform with a paramedic asking if I knew my name.
I had no idea where I was, what I was doing, nothing. Before I knew what was going on I was being bundled into an ambulance still clutching my school bag and revision books and on the way to the hospital. The ambulance man was fantastic keeping me calm and explaining what had happened but I barely heard any of it, I was just thinking ‘Oh my God, I’m missing class! I’m going to be in so much trouble!’ 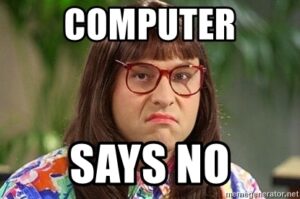 This is when we discovered that my epilepsy trigger was STRESS! Your brain is constantly firing signals. The brain has millions of nerve cells (or neurones) which control all our brain activity. The nerve cells do this by passing electrical signals to each other. Now my brain, when stressed will send way too many of these signals for my brain to handle and in serious cases will cause an attack. I think it’s easiest to explain as if it were a computer. Run too many programmes at once, click too many buttons too quickly, download huge files simultaneously and most likely your computer will crash. As will my brain. 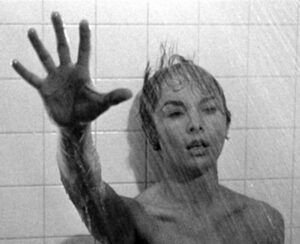 My seizures now developed from harmless absences to a more serious Tonic Clonic seizure. This is your typical Hollywood seizure! I will loose consciousness going rigid and fall backwards to the floor. There’s shaking and jerking as my muscles relax and tighten, I make weird noises in my throat and sometimes even turn a nice shade of blue! It will last no longer than a minute but it can take a while longer for me to regain consciousness. That’s when the real fun for me begins! I have no awareness during the seizure, so when I come to, there’s a lot of gaps to fill in. I’ve come around in my bedroom with my hairdryer still in my hand, I’ve come round covered in spaghetti at the foot of a table I had been serving as a waitress, in the middle of my A-Level music exam (I failed) and many other bizarre places.

I even came round in the shower with my housemates banging on the bathroom door when they heard the commotion.
Psycho shower scene
That was especially fun as I was so disoriented I completely forgot I was showering and just opened the bathroom door, stark naked! My Gay housemate got the shock of his life!

When I finally get myself gathered together and put the pieces together, well then I’m afraid I just burst into tears. Physically you are exhausted, with a hammering headache and intense nausea. But it’s emotionally draining too. No matter how many times it happens, it doesn’t get any less scary, knowing that you are not in control of your brain. Most epileptics will also agree that they have an overwhelming sense of shame and embarrassment, apologizing over and over again. It’s even worse when those people surrounding you are strangers. You want nothing more than to crawl into your bed and stay hidden under the covers away from everyone and sleep.

What to do if someone is suffering a seizure

DO NOT
Restrain in anyway
Put your fingers of any object in their mouth
Be smothering!

Twenty years on from my first diagnosis I’ve learned to respect my brain and what it’s telling me. It’s one of the reasons that I am so fortunate to have Lauren’s Cows. I love the freedom it gives me I really struggled to stay healthy in other more demanding careers, with managers breathing down my neck. Even waiting took it’s toll. Running your own business can be very stressful and I still get overloaded at times but I’ve learned to listen to my brain and know when I have to just down tools and go have some fun! I love being my own boss and am very thankful that I’ve built a business that pays me a monthly salary while offering me a great work life balance. 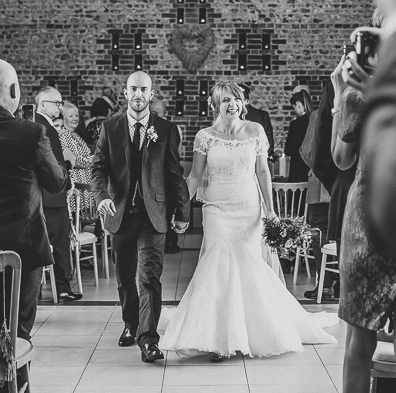 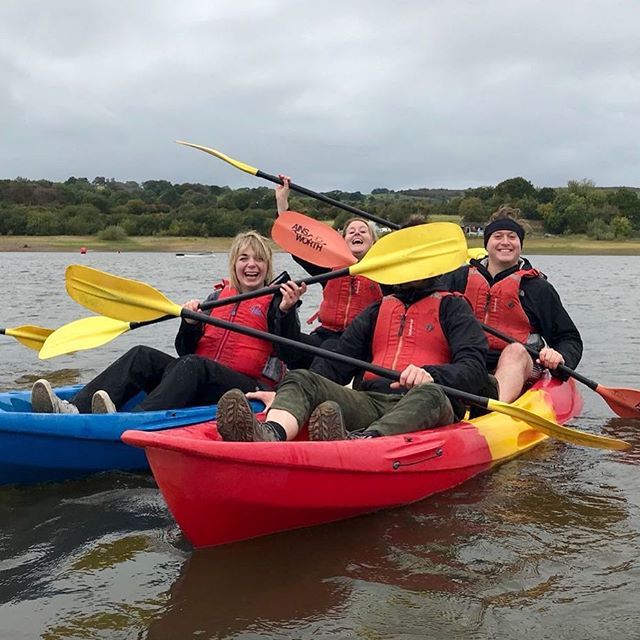 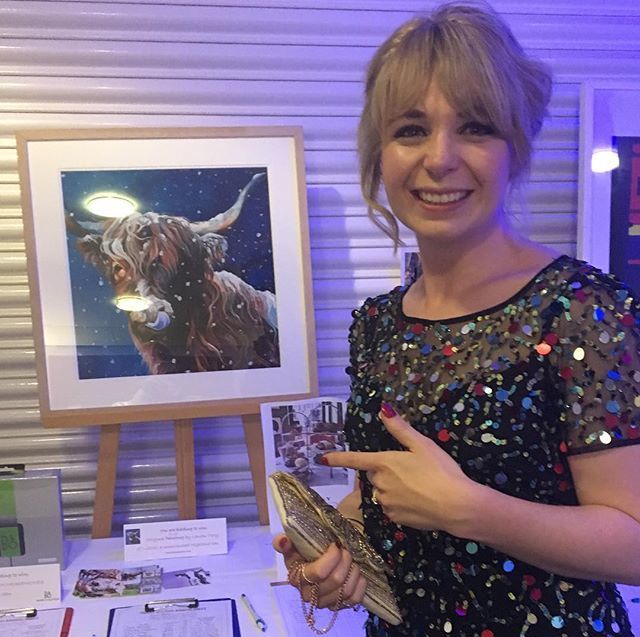 Yes there’s things that annoy me about epilepsy. I can’t have a driving licence, I have to be very careful when drinking alcohol and I have to take a lot of precautions when it comes to having a family. However I’ve learned to love it too. After all my brain wouldn’t be the same without my epilepsy. Yes my brain may not be able to handle stress and a tonne of booze but it gives me my artistry and creativity. It’s the brain that loves my husband and the brain that makes me laugh hysterically with my friends. If I didn’t have this brain then I may not have any of the things that make my life so wonderful!

I hope that you have found this interesting and that it’s helped you understand this condition that little bit more! 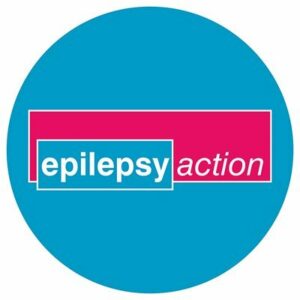 Epilepsy affects 1 in 100 people and can be developed at any stage in life. Some people have daily, even hourly seizures whereas other have one or two in a lifetime. If you’d like to learn more about epilepsy and then please click the link here. You can also donate money to Epilepsy Action to aid individuals and families suffering from Epilepsy.