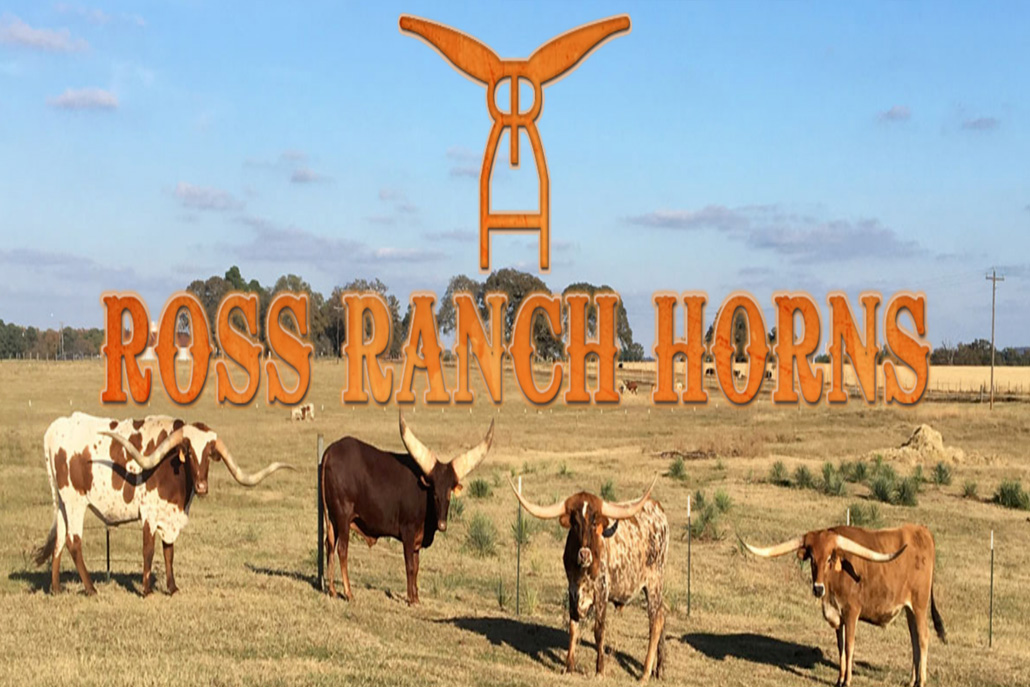 Meet the man behind the Longhorns!

We all know how excited I’ve been recently adding my first Texas Longhorn family to the Lauren’s Cows Herd. I’ve been following Ross Ranch on social media regularly and was thrilled when he gave me permission to paint his photos. He also kindly let me bombard him with all sorts of questions! Farming has always been a big part of my life, so I love to learn the history and tales of farms from all over the country, and in this case the world! I just had to know about life on his Ranch so many miles away and what it was that drew him to work with such huge animals….. 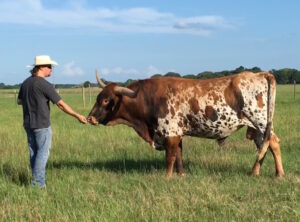 Unlike a lot of farmers we know, Ross Ranch has not been passed down through generations of family but is a one man show owned an Run by Will Ross. Texan, Will had been around cattle in passing but never raised them but when he bought his first house with 20 acres of land, he quickly discovered that having a small herd of cows munching grass all day long was a lot more desirable than mowing 20 acres! He started with 2 bred Longhorn cows, then added some more Longhorns, then a Watusi bull joined the ranch and shortly after Watusi cows. The operation grew from there until before he knew it Will was having to provide his, what started as simple groundskeepers, with more grass, hay and feed!

Now I’ve met a lot of farmers who herd horned cattle but never Texas Longhorn or indeed Watusi cattle, and never have I seen horns on an animal quite like it! They are giant! I couldn’t quite believe that a guy who hadn’t worked with cattle all his life could, out of the blue, run a herd of such gigantic beasts! 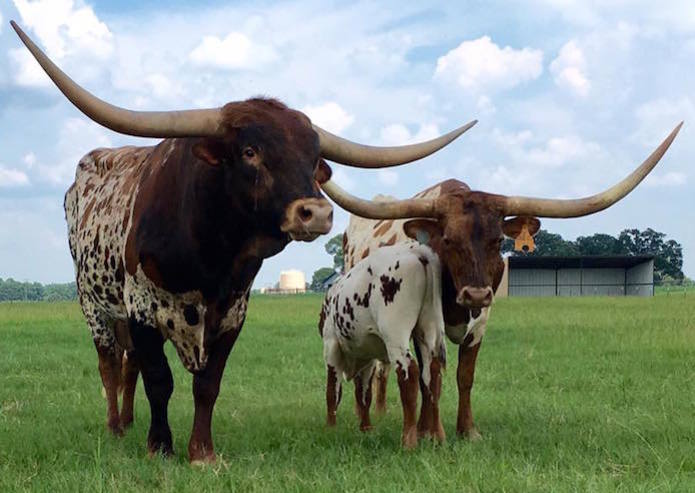 I’ve learnt however that Longhorns and Watusi have many desirable traits for cattle, they have very small calves so they don’t need any assistance with calving, they are excellent mothers for milking and protection from predators, they are disease resistant and rarely get sick, they eat a variety of grasses & leaves that other breeds won’t eat, and that’s just to start! The only dangerous thing about them is when fly season arrives. The fly bites the cow, the cow swings it’s horn for a scratch, and you get whacked in the process! If you’re not paying attention that is! But that won’t put him off his horned beasties!

I think they look the best and they are not boring to look at like most hornless breeds. When I see a pasture full of cows with no horns and the same colour I yawn. Flashy colours, different shaped horns, and unpredictable calves are what interests me.’ 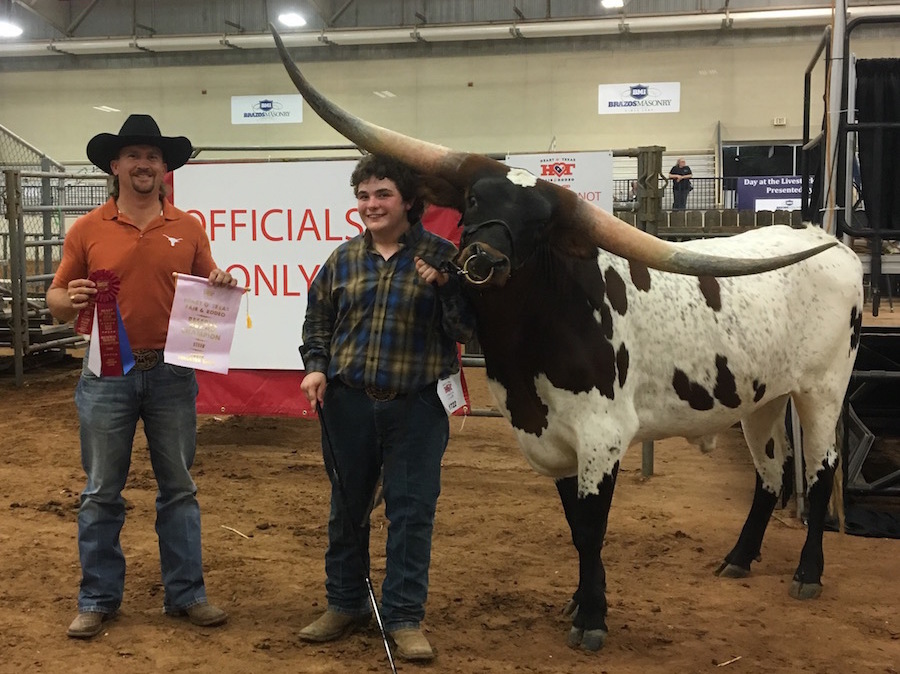 He even owned a small herd of Scottish Highlands, but as you might guess they didn’t enjoy the Texan heat, spending most of the time bathing in the water.

I called them my hairy alligators because so many times I would go to the ranch and they would be in a pond with nothing but their heads sticking out above the water!

Will welcomes all sorts of different visitors to the ranch, from children wanting to feed them hay to foreign exchange students wanting to get a full experience of the breed. One family contacted Will as their father that was dying of cancer and always wanted to see Texas Longhorns up close. They arranged his entire family to come out, taking photographs and feeding the big horned cows by hand. I always say cows make you smile! 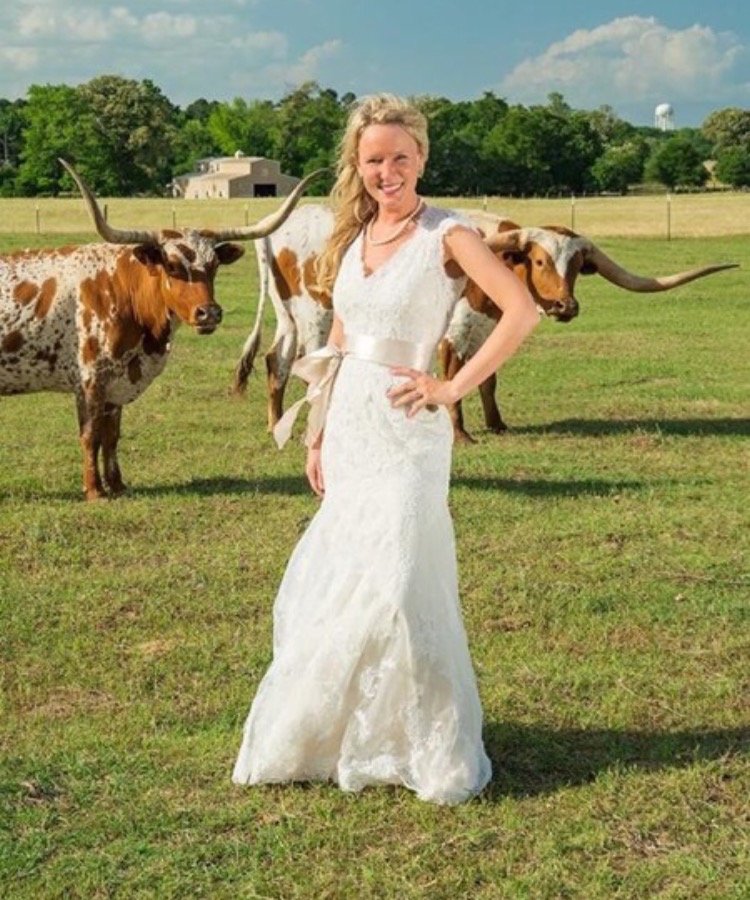 Another memorable time on the ranch was when a Texas Longhorn fan wanted her bridal pictures taken with some real Texas Longhorns. But whereas the photographer had great envisions of a beautiful bride in a white wedding gown, sat side saddle on a longhorn cow as it stood in a perfect pool of light, Will’s cows had other ideas. These after all are pasture cows. They don’t stand still. They don’t stand where you want them to. And they don’t do instructions. Will tried his hardest keep his cattle interested and in the right place but it’s now easy task. However they managed to get a few good pictures where everyone was in frame, standing still and looking at the camera, so it was worth it!

I want to thank Will for working with me and kindly donating his beautiful photographs to the Lauren’s Cows painting pile. I’ve loved getting to know you and your cows and this will hopefully the start of a long friendship!

Learn more about Ross Ranch on his website Here! 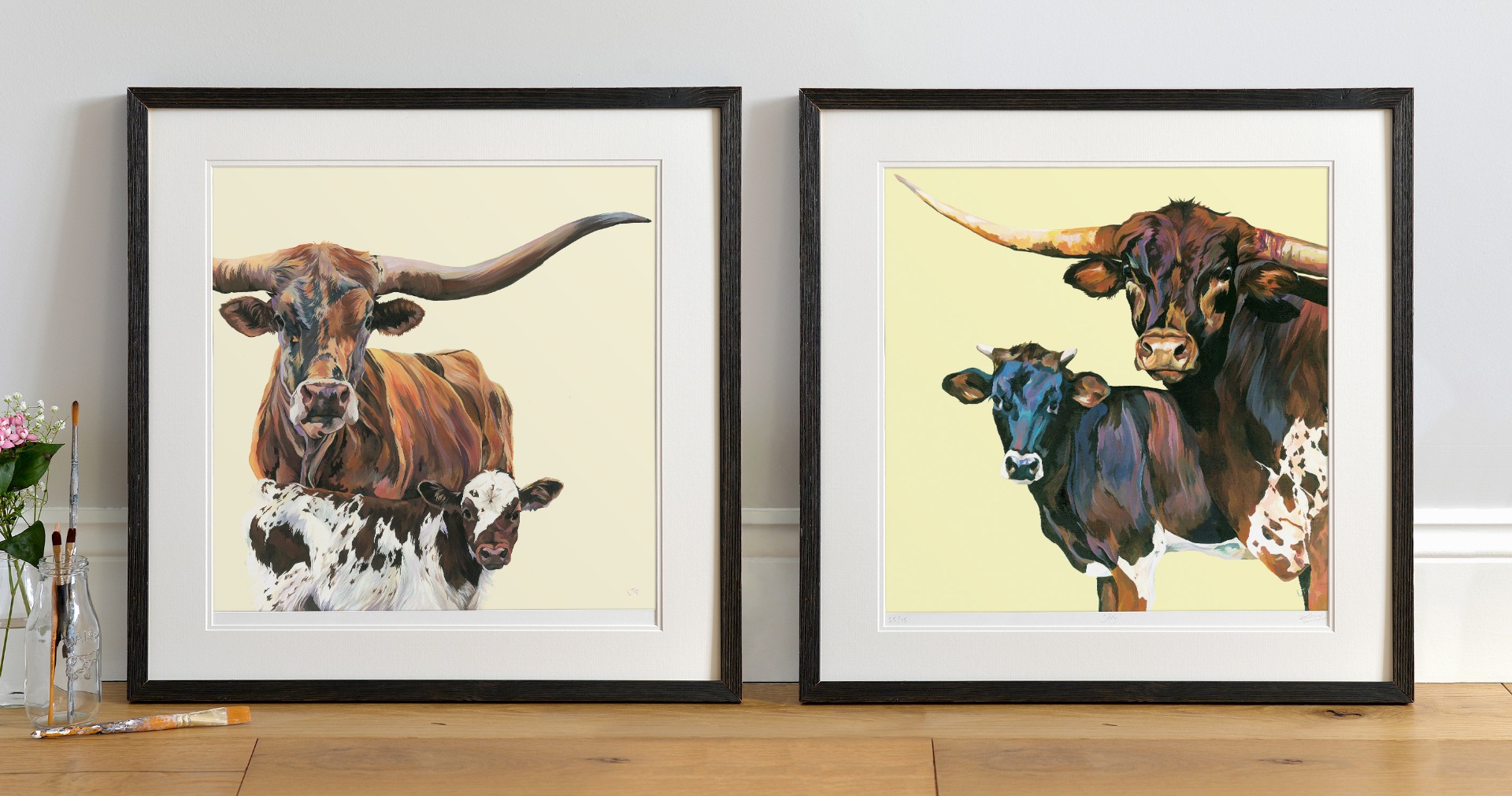