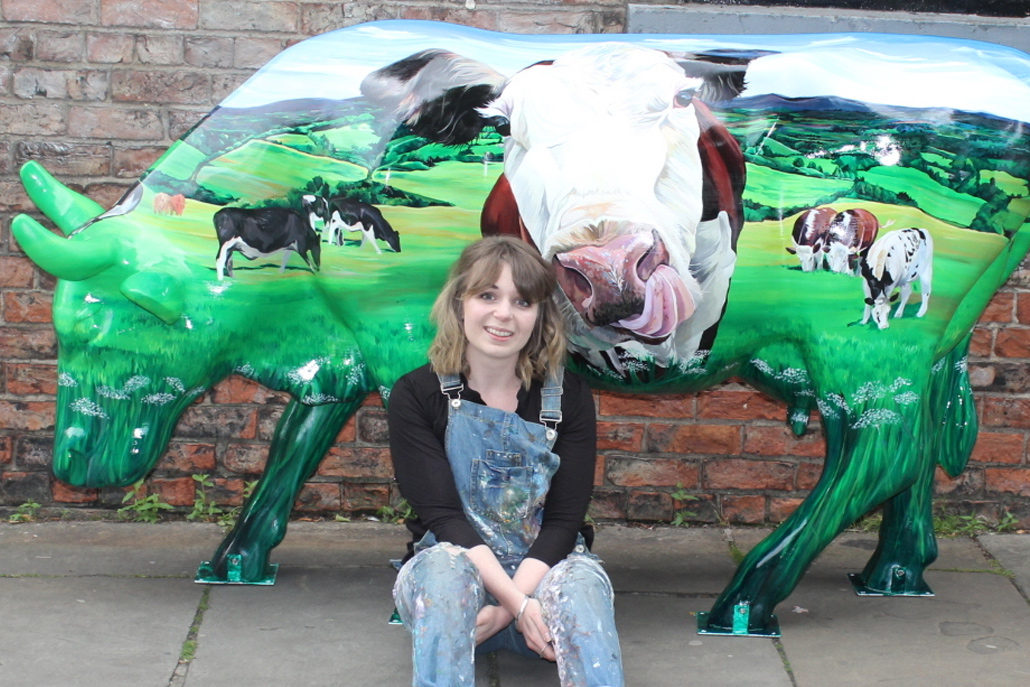 Clarabelle has been on her summer holidays touring the nation agricultural show scene. So what’s her story… read on to find out more!

I got involved through the Royal Agricultural Benevolent Institution, an agricultural charity that I have worked with many a time. The way the cow parade works is a sponsor buys a cow, selects an artist to paint it and then a charity to donate the proceeds to when the cows are auctioned at the end of the two month exhibition.

Being an agricultural charity the obvious thing to go for was a country theme and what’s more country than a field full of grazing cows!

There was a slight hiccup that Clarabelle was so large that she wouldn’t even fit in my studio which was a little bit worrying! However luckily we have a large open space at the studios which I was able to commandeer. You don’t really realise just how big a life-size cow is until you have to cover it’s entire surface with paint!

Clarabelle took me a month to complete with some very late nights and then even later nights! One time I was in the studio till 1am!

But I got there in the end and I hope to you’ll agree that she turned out pretty well! 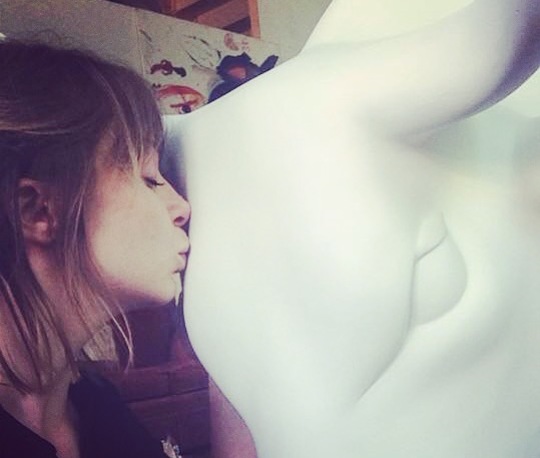 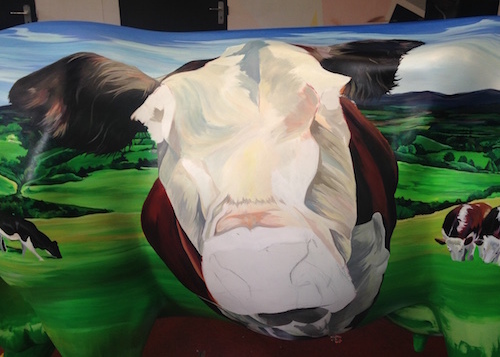 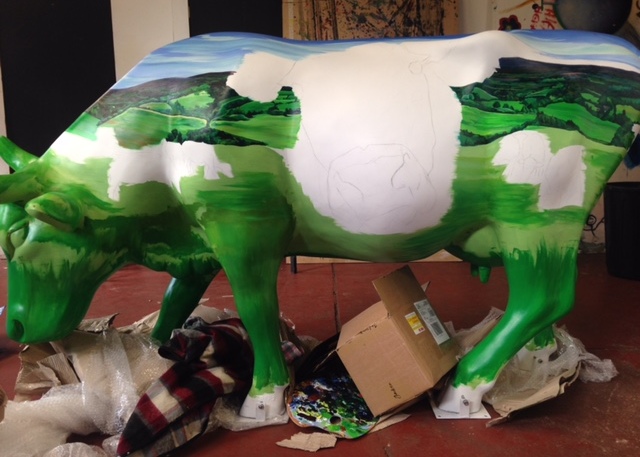 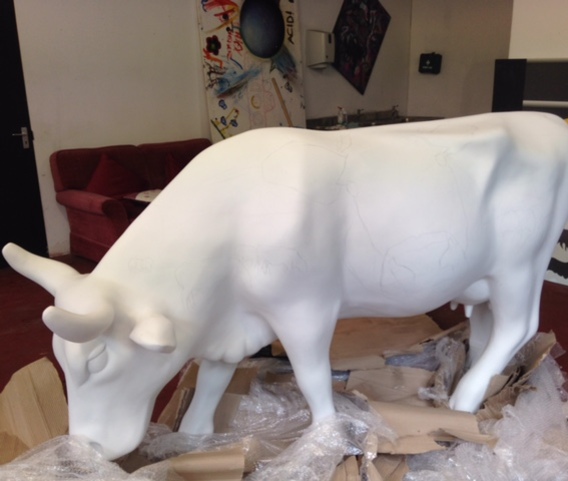 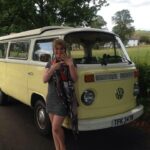 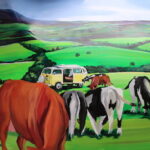 I also wanted to add a few personal touches.
You see the little VW Camper van hidden in the herd of cows? I popped that in, because it was actually in the Surrey country side where James proposed to me!
We hired a yellow VW for the day and drove to Box Hill and around the country lanes, and when we stopped for a picnic he asked me to marry him! How cute huh? It seemed only right, as the Surrey Cow Parade, to capture this little moment.

She went to auction in September 2016 at Hampton Court Palace. It was a very classy event with a very posh three course meal and James (the hubby) and I in our Sunday Best! The auction was a little quieter than we hoped for but Clarabelle sold for a respectable £5000 and we can’t be mad at that. The best bit is that the buyer then gave Clarabelle back to the RABI so that they can take her around all the Agricultural shows around the country raising awareness and even more money for this wonderful charity and the great work they do. For more information on what the RABI Check out their website HERE. 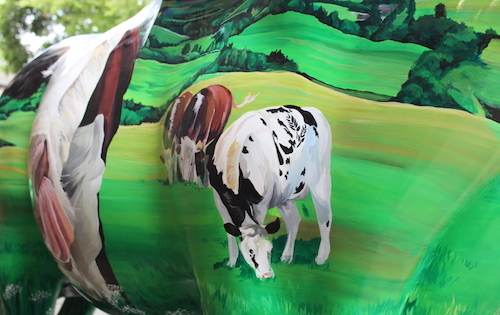 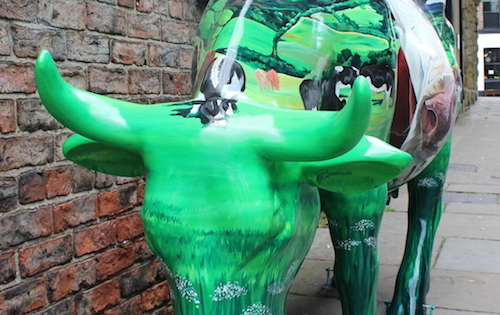 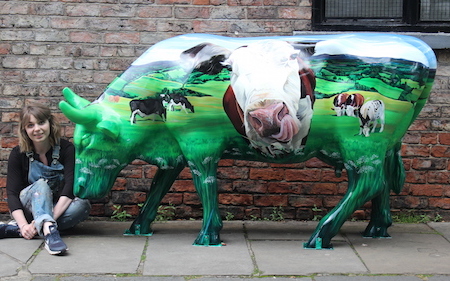 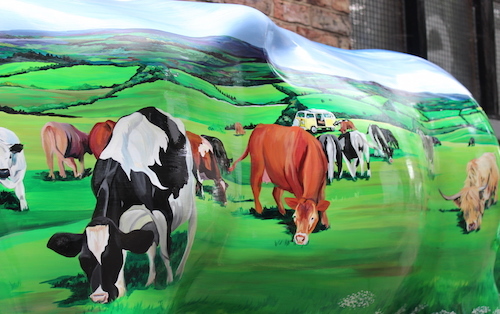